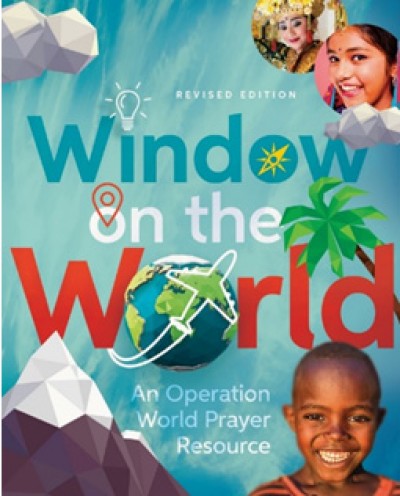 God is raising up prayer all around the world - and He is clearly using children in prayer to make an impact on a scale never seen before.

The Operation World team have released a new prayer resource for the world aimed at informing and mobilizing families and children - Window on the World. Although it's full of colourful photos and interesting facts, the purpose of this resource is to nurture in kids a spirit of prayer and a missional vision for God's world.

There are over 100 two-page spreads sharing stories and prayer needs of various countries, people groups, and religions around the world. It rests on Operation World's foundations of solid research, relational networks with Christian leaders all over the world, and a Biblical worldview in step with the Spirit.

This new edition (the previous one being published in 2001) includes a number of new entries in keeping with the needs of our world in 2018 - nations like Syria and South Sudan, peoples like the Rohingya and Somalis, and issues like Third Culture Kids. But beware: using with children might lead to them becoming intercessors, missionaries, or both!

If you have any specific ideas about movements and countries that might be interesting in larger scale purchases, I would expect that we might be able to negotiate special prices, or possibly even local print runs in other countries. One of the design elements was the ability to publish in full colour or in black and white if necessary. We're very keen to see it translated into other languages and printed and distributed where those other languages are spoken, for prices in keeping with those local economies.

Window on the World was Edited by Jason Mandryk and Molly Wall.

Order Window on the World: https://www.ivpress.com/window-on-the-world