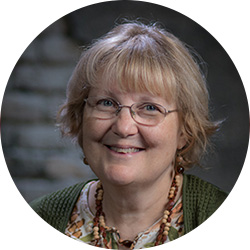 Lelonnie is currently living and ministering in Kansas City USA and for 13 years, was Elementary Chaplain of thedanielacademy.com, a Kindergarten - Grade 12 private Christian school.

She taught children aged 5-11, helping them to practice many different kinds of prayer, meditate on Scripture and creatively engage with the word of God. "I long for children to understand their identity as children of the Father, intimate partners with the Son and as ones growing in communion with the indwelling Spirit. Then out of that place, to minister the kingdom in all its facets to the world in all its need."

She writes books for children on prayer and Biblical themes, books for adults on intimacy with God, intercession, preparing the Bride for the return of Jesus, and on ministering to children.

The key element of her ministry is Matt 19:14: 14 but Jesus said, “Let the little children come to me and do not hinder them, for to such belongs the kingdom of heaven.” She has served with churches in Canada and the UK, IHOPKC's Children's Equipping Center, The Daniel Academy, and alongside children's ministers and pastors around the world.

Lelonnie has currently started a free, online Bible school for children; you can find this on her website.  The website also has a bookstore and many other videos for children and adults. Facebook page: Children of Prayer. 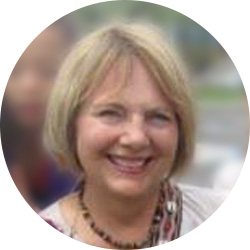 Kathleen Trock-Molhoek lives in Michigan, USA. She is the founder of Pebbles and Stones. Pebbles and Stones brings the Gospel to children and adults through biblical storytelling followed by listening to God’s voice, journaling, sharing and praying in a multi-generational setting. She is a writer, an educator, intercessor, and a believer in the Kingdom's benefits of an inter-generational approach to prayer, community building, and worship. She firmly believes that we grow in community, heal in community and walk out our faith in community.

The Pebbles and Stones model has been used in over 50 countries. Kathleen travels the world training people how to use the Pebbles and Stones model. Church leaders, Bible school teachers, orphanage caregivers, village leaders, and others attend the trainings to learn how this intergenerational model helps individuals grow in their relationship with God and others. As they seek to see how physical, emotional and spiritual needs can be met, authentic communities emerge.

Kathleen is National Coordinator for North American Children in Prayer, a member of the International Children in Prayer Movement, an organizer for 24/7 Children’s Prayer Call, a participant in Prayer for 31 Frontier People Groups, and a partner with One Hope. 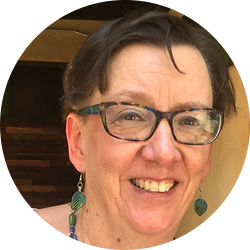 Eva Sarsa lives in Helsinki, Finland. She works part-time for Healing Rooms Finland, directing their work with children. She has written a manual and is running courses for children age 5 to 12 where they learn to follow Jesus and pray for the sick. Eva has, during the last 20 years, worked in a Family Camp in Central Finland, leading worship for children, teaching them and running a workshop for children age 5 to 12 about creative prayer. She also ran prayer sessions for families during the camp. For more than 10 years Eva organised a conference in Finland for youth that brought young people from UK, Netherlands and Finland together. She and her husband run together a house church in Helsinki. She has also been involved with 24-7prayer, Burn24/7, and is currently co-leading National Prayer Network in Finland. Her background is in business (MA in Economics). She has travelled to many gatherings and conferences, including 4to14 Window movement conferences in Singapore and Bangkok and Children in Prayer Gatherings in Chennai and New York exploring how God wants to train and use children in the Kingdom. She heads National Children’s Workers’ Network under the Evangelical Alliance. She does minister to children in a local church and in different settings in Finland and internationally where she has been invited to.

Eva strongly believes that children are the church of today, not of tomorrow and we need to give them a voice and root them deeply in knowing God and hearing His voice. She feels she is called to be a voice for children. In that calling she speaks to pastors, children’s workers, parents and church members about rooting and releasing the children as legal heirs of God’s Kingdom, sons and daughters of the Father. 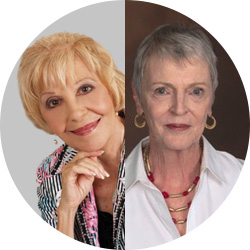 Based in West Palm Beach, Florida, US, Esther Ilnisky is the founder and President of the Esther Network International, a global, intercessory prayer network for adults, children and youth.

ENI has been a voice for children for 25 years. Our “GCOWE 40” ( 40 children from 8 nations) were forerunners in S. Korea as intercessors at the GCOWE Conference/1995. Their recognition then by spiritual leaders from over 100 nations paved the way for the global army of young intercessors God is raising up in these days.

Esther's book, Let the Children Pray, encourages spiritual leaders in the home, schools and churches to recognize, equip, release and partner with children and youth. She says, “Children are the most untapped resource of prayer power in the Church.”

Esther refers to the children and youth as, “GenerationNOW!,” remarking that God has put intercession and all forms of ministry is in their spiritual DNA for such a (pivotal and opportune) time as this.

ENI/WSC partners with many national and global leaders and ministries reaching out to children and youth and those who spiritually oversee them. We would love the opportunity to serve you.